Eminent Jurist Rajeev Dhavan is no stranger to controversy.

He is known for his temperamental outbursts and for getting into verbal duels with the Bench.

On an earlier occasion, Rajeev Dhavan had allegedly misbehaved in Court.

Upon this, the then Chief Justice of India, TS Thakur, had lamented that some senior advocates behave “discourteously” with the Bench and warned that the Court would “seriously consider withdrawing the senior designation of such lawyers”.

However, Rajeev Dhavan was not cowed down by the threat from the Court to strip him of the prestigious designation.

Instead, he launched a counter attack.

“It is the duty of a lawyer to tell the judge where there is a failure of justice and due process … justice is not a cloistered virtue and must suffer the scrutiny of ordinary persons … People in high places have enormous power and the duty to use it wisely is forbearance,” the Jurist said even as he criticized Chief Justice Thakur for “uncharitable comments”.

Upon the retirement of Chief Justice JS Khehar, Rajeev Dhavan launched a vicious attack in which he described the learned judge as “weak” and “the worst Chief Justice”.

He also alleged that the learned judge had stated that his expertise was limited to service law and that he had no expertise in other laws.

“On his own candour, he was not fit to be appointed a high court judge and should have been appointed chairman of a service tribunal. As CJI, Khehar’s basic depth in law was wanting,” Rajeev Dhavan stated.

Rajeev Dhavan’s attack on the judiciary did not go down well with other Advocates.

“A judge is a sitting duck and not in a position to respond. In such circumstances, it becomes duty of the Bar to set out objective facts for the appreciation of the discerning and mature readers,” Suri said and gave reasons why Dhavan’s assessment of Khehar was flawed.

“When the Bar fails to regulate them, we will be compelled to regulate,” the judge threatened.

Rajeev Dhavan has addressed a letter to Chief Justice Dipak Misra in which he has stated that “After the humiliating end to the Delhi case, I have decided to give up court practice”.

However, he pleaded to be allowed to keep his senior gown for “memory of services rendered”.

“You are entitled to take back the Senior gown conferred on me, though I would like to keep it for memory and services rendered,” the Jurist said. 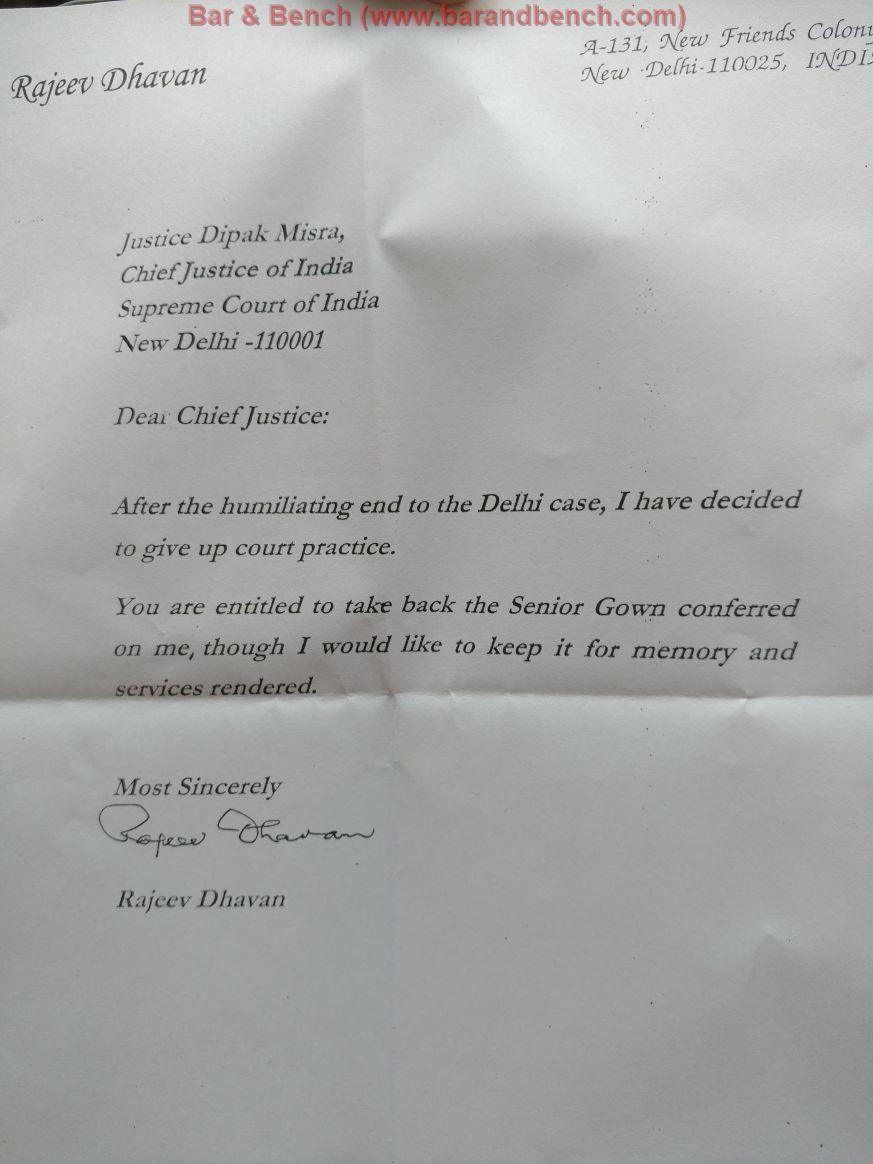