Home › Legends of Law › Advocates Have To Promote Themselves To Be Successful & Be Able To Charge High Fees: Harish Salve

Advocates Have To Promote Themselves To Be Successful & Be Able To Charge High Fees: Harish Salve 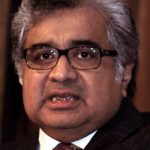 Eminent Jurist Harish Salve has advised that success in the legal field is dependent not only on the knowledge of the law and skills of advocacy but active promotion in the public field is also necessary. He has pointed out that the kind of fees that counsel command has a direct Nexus with the stature that they have not just in the profession but also in society

The recent judgement of the Delhi Bench of the Tribunal in Harish Narinder Salve vs. ACIT sheds important light on how successful advocates develop their persona and stature in the public field.

Mr. Salve entered into an agreement with The Exeter College, the University of Oxford, pursuant to which he committed to providing annual funding for scholarship of an Indian student.

In AY 2011-12, Mr. Salve offered an income of Rs. 50 crore to tax, being income from profession and other sources.

However, when he claimed a deduction for the expenditure of
Rs. 18.67 lakh on scholarship, he was in for a rude shock.

The AO and CIT(A), as is their wont, mindlessly disallowed the claim for deduction.

The AO rejected Mr. Salve’s submission that the expenditure on scholarship was for “building the overall persona of the assessee contributing to the professional stature of the assessee“.

Instead, he termed the expenditure as “an act of compassion with philanthropic attitude“.

Worse, he advised Mr. Salve that if he wants to improve his stature, he should attend conferences.

“Going into the conference will enhance the knowledge of the assessee and gives contacts,” the AO advised the eminent jurist.

Obviously, Mr. Salve would never tolerate the stand of the AO and CIT(A) in disallowing his claim.

Before the Tribunal, he advanced spirited arguments on why the expenditure on scholarship is an allowable deduction.

He pointed out that since 2003, he has focused on increasing his international practice and spent considerable time, taking on international arbitration work in London and other international centers such as Singapore.

He explained that one way for Indian senior counsel to become well known to the legal fraternity is for them to attend international conferences.

The expenditure on attending such conferences is undoubtedly allowable as business expenditure.

The alternate way of developing international contacts in the legal fraternity in the UK is by making friends in the academia.

Mr. Salve explained that he preferred this method of promotion of his practice because he was admitted to the UK Bar in 2013 on the basis of his Indian qualifications, without any requirement of any training of pupilage in the UK.

“This is a testimony to the success of my efforts,” he stated.

He also pointed out that he has been admitted as a “non-resident tenant” of the Blackstone Chambers.

He explained that the methodology of providing financial assistance to Indian students who aspire to study in Oxford had several distinct advantages.

The first advantage was that this introduced him to the legal
fraternity in the academia in the United Kingdom, which is a very
influential body.

He regularly conducted workshops in the Oxford
University, some of which were then discussed on blogs by the
students.

Through this connectivity, he had occasion to meet a number of senior lawyers and judges.

He was also invited by the law faculty in Oxford University to deliver lectures.

The second advantage was that it increased the number of Indian students who have had the benefit of international education.

Mr. Salve explained that his practice in India has benefited by the juniors who have educated themselves in either Oxford University or other international universities

He also revealed that in the famous case of Vodafone, he was assisted by Ms Deeksha Sharma, who did her Masters in International taxation with focus on the Vodafone case.

Such activities add value to the CV

Mr. Salve also pointed out that these activities add a lot of value to the CV.

He was appointed by the Government of Singapore on a committee constituted to recommend the establishment of international commercial courts in Singapore.

“None of this would have happened if I did not have the visibility, which I have been able to achieve in this manner,” he stated.

Mr. Salve also explained that it is necessary for successful lawyers to be seen as being supportive of the profession.

They have to give back to society in some measure.

He opined that the best way he could support Indian law students was by offering them scholarships.

Mr. Salve’s submissions before the Tribunal have important learning for all budding professionals on how they can develop their own practice.

He pointed out that for a senior professional, there are number of tangible and intangible factors that contribute to building the overall persona.

“The success of a senior counsel in the Supreme Court does not depend only upon the knowledge of law skills in advocacy,” he emphasized.

Instead, senior lawyers in the present times become public figures, and their activities in all fields directly contribute to their professional stature, he added.

He also emphasized that the kind of fees that senior counsel command has a direct Nexus with the stature that such counsel has not just in the profession but in society.

The Tribunal was not impressed by the unsolicited advice offered by the AO to Mr. Salve that he should “attend conferences” to develop his contacts and improve his practice and not spend money on scholarships.

“The AO cannot put his thinking to say that the expenditure incurred by the assessee is not wholly and exclusively incurred for his profession, unless, he brings his level of thinking to the level of the professional, like assessee,” the Tribunal stated, implying that there is such a wide gulf between the intellectual capabilities of an AO and an eminent jurist that it is unthinkable that the former can offer advice to the latter.

It was also noted that the way professionals promote themselves is changing very fast and the benefits of such expenditure are huge and wide.

Ultimately, the Tribunal upheld Mr. Salve’s claim that expenditure on scholarships is revenue expenditure allowable u/s 37 (1) of the Income-tax Act.

2 comments on “Advocates Have To Promote Themselves To Be Successful & Be Able To Charge High Fees: Harish Salve”